Matariki is the Māori word for a cluster of stars that rises during the winter months in Aotearoa New Zealand (Te Papa Education Team, 2013). When Matariki rises, at the end of May or the start of June, this signals the start of the Māori New Year. Matariki can be seen in the night sky from the start of the Māori New Year until March the following year when it disappears for two months. Historically, the disappearance of Matariki from the night sky signalled a change in seasons and the beginning of winter, guiding Māori in their planting, harvesting, and preparation for winter (The Māori Language Commission, 2010).

The rising of Matariki and the beginning of winter was a time when Māori had finished harvesting their crops and were filling their pātaka kai (storage houses). With plenty of kai (food), Matariki was a time to come together and share this kai with one another. This was, and still is, a time to come together, to remember the past, to plan for the future and to celebrate together with whānau (The Māori Language Commission, 2010).

“Matariki is a good time to reflect on your place in the world, to reawaken old skills or try out new ones and to set new goals” (The Māori Language Commission, 2010, p. 11).

Matariki is a time to share what we have reaped and harvested, to give and share with one another. This celebration gives us a wonderful opportunity to share our manaakitanga and aroha, to give back to our community, and to help those in need.

Each year at Treetops Botany Junction during our Matariki celebrations we ask our centre whānau to engage in the Māori practise of tā koha, donating food and necessities. The collection is given to community organisations such as Waka of Caring Manurewa, the local Salvation Army or not-for-profit organisations, who share this donation with people in the community who are struggling and may be going without the basics. Through this tā koha and the partnership that we have with these community organisations, our centre is able to give back to our community and to create a cycle of positive impact on the lives of some of the less fortunate people in our community. 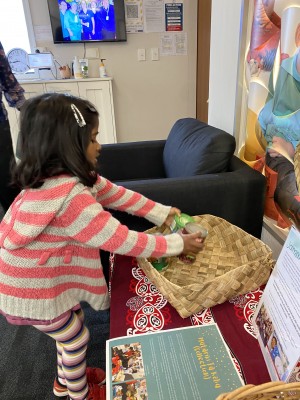 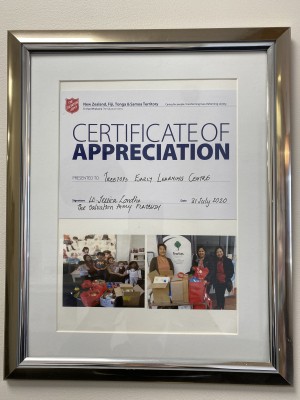